Yoga Can Help to Improve All Kinds of Ailments 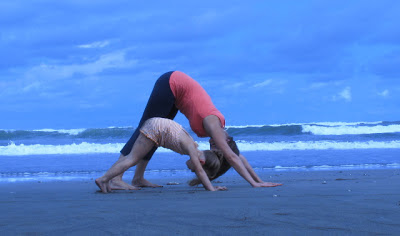 Yoga can help to improve all kinds of ailments, but the following 8 are some prominent diseases upon which yoga has significantly positive effects – and they are proven! While there are always factors which can sway scientific research, here are some recent findings about benefits, which can be seen in black and white, but also felt by the people who practice yoga.

This is a big one, since heart problems are one of the top three causes of death in the US, UK, and Australia. In just the US alone, over 27 million people will be diagnosed with heart disease this year. (Considering that is a fact posted by the Center for Disease Control, it is probably a mildly under-reported estimate). Cardiovascular disease has been shown, in multiple studies, to be profoundly affected by yoga practice. It may be that most of the positive results are due to psychophysiologic reasons, but it works nonetheless.

Yoga is Good for Osteoarthritis:

Many baby boomers are already figuring this out as they lean towards activities which are approachable. The plethora of beginning-level yoga classes in cities all over the planet offer a great place for an aging population to get moving and treat diseases such as Osteoarthritis with their own efforts. Yoga has been proven in multiple scientific research studies to aid in some common symptoms of Osteoarthritis as well as other types of Arthritis also.

As the numbers of children diagnosed with attention deficit disorder grow higher and higher in the US and UK, it is great news to see some preliminary studies showing that yoga helps significantly with focus, attention span, racing thoughts, anxiety and other symptoms of this disorder. Test showed improved emotional liability, less restlessness and lowered impulsive behavior. Yoga may be used as an adjunct to current treatment protocols, or (what we at Yoga for the New World would like to see) a replacement of drugs altogether. With yoga, and some herbal remedies, and sound therapy, the rising numbers of children and adults with ADD and ADHD can begin to return to pre-2000 levels.

To date there are hundreds of studies proving that yoga helps with anxiety. As of late there are 8 highly-published studies that prove yoga makes people more peaceful and calm. Anyone with OCD (Obsessive Compulsive Disorder) or Anxiety Disorder will find almost immediate and significant changes in their emotional state by practicing yoga three times or more a week. It should be considered a lifestyle change, though, and not a one-time cure-all.

It is a welcome fact that yoga helps decrease depression – namely by altering the hormones which control how ‘happy’ and ‘content’ you feel. In five recent peer-reviewed studies yoga was found to have positive effects for both mild and severe depression. Start practicing your Downward Facing Dog to feel better!

Yoga is Good for Back Pain:

A controlled study with 101 participants realized statistically significant improvement with certain kinds of back pain. The findings stressed consistency and each participant did a 75 minute practice for 12 weeks.

In a study with 42 patients conducted over 8 weeks, the group which practiced yoga less pain and tingling sensations (the byproduct of the syndrome), as well as better grip strength. This study had a small sample size; however, so more studies are needed in mainstream  medicine to prove efficacy beyond a shadow of doubt – unless of course you suffer from this annoying malady and have already experienced benefits personally. It may eventually prove to be a great non-surgical method of reducing or eliminating carpal tunnel.

In recent studies, yoga was found to be so effective that women were able to stop taking long-term hormone replacement therapies. Symptoms like hot flashes, irritability, poor sleeping patterns and cramping were lessened significantly. Even pre-menopausal women benefits from yoga.
http://www.wakingtimes.com/2013/01/29/8-yoga-studies-and-their-outcomes-for-disease-prevention/